This week Dream Country got kidnapped by a Pirate Captain. He burst into the classroom and made everyone jump, even Mrs Thomas! He commanded that the children get their coats on and march downstairs. We boarded his ship and joined his pirate crew. The children swabbed the deck, walked the plank and learnt some nautical terms.Later on that week the children wrote about it during their writing lesson. Whenever the children see the Pirate Captain in school now they always give him a salute. 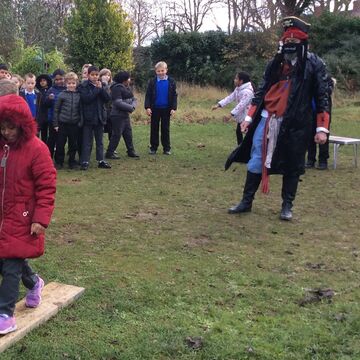